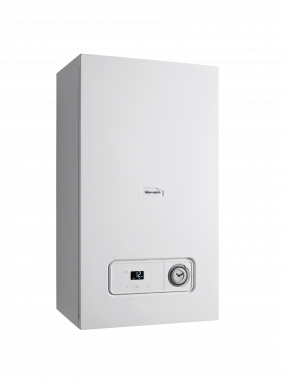 On the PlumbProud quality scoring system, we rate this Glow worm Essential 28 Combi boiler 73.29%. To determine our rating, we take lots of different factors into consideration from price installed to manufacturer guarantees, energy efficiency, likely cost of running, and more.

On most non-complicated installations, we would expect this Glow worm Essential 28 Combi boiler to cost £2,300 including installation if you choose PlumbProud to do the work.

To contact us, please enter your postcode in the quote boxes on this page, click here to email us, or give us a call on 01604 343053. We can provide you with a free quote on the Glow Worm Essential 28 boiler and offer professional advice and guidance on whether this Glow worm Essential 28 Combi boiler is the right choice for your home.

You may wish to consider installing the Glow Worm Essential 28 if you are looking for a combi boiler for your house or flat.

Is a Glow Worm Essential 28 combi a suitable choice for my house or flat?

To most boiler engineers, the Glow Worm Essential 28 combi Essential would be most suitable for medium-sized homes and larger apartments with 10-15 radiators and two bathrooms.

The flow rate describes how much water a combi boiler can draw from the mains, instantly heat, and then send to your radiators. Flow rates are measured in litres per second and this Glow worm Essential 28 Combi boiler's flow rate is 12 L/m.


What are the proportions of a Glow Worm Essential 28 boiler?

Is the Glow Worm Essential 28 non-condensing or condensing?

The Glow Worm Essential 28 is a condensing gas boiler - we strongly suggest that you choose either this model or a recently released model if at all possible.

Would choosing the Glow Worm Essential 28 combi help the environment? Let's see what the statistics suggest.

After its assessment, the Glow Worm Essential 28 was given an efficiency rating of 89.3% and a SEDBUK grading of "B".

What is the length of the warranty on the Glow Worm Essential 28?

The Glow Worm Essential 28 boiler is covered by a parts and labour warranty of 3 years.

Our PlumbProud quality scoring system uses many different factors, such as price installed, manufacturer guarantees, energy efficiency and the likely cost of running, among others, to determine a boiler's value for money rating. This Glow worm Essential 28 Combi boiler scores 73.29%.

Expect this Glow worm Essential 28 Combi boiler to cost you £2,300 fully installed where there are no complications on the fit if you choose PlumbProud for this installation.

To receive a free quote on the Glow Worm Essential 28 boiler, as well as professional advice on whether it will meet the needs of your home, simply enter your postcode in the quote box on this page, click here to email us, or call 01604 343053.

What kind of boiler is the Glow Worm Essential 28 - standard, combi or system?

Glow Worm’s Essential 28 is one you might consider if you’re looking for a combi boiler for your house or flat.

Is the Glow Worm Essential 28 combi boiler a suitable choice for my property?

The output of the Glow Worm Essential 28 combi is 28 kW kilowatts, so which types of property would this be appropriate for?

To most boiler engineers, the Glow Worm Essential 28 combi Essential would be most suitable for medium-sized homes and larger apartments with 10-15 radiators and two bathrooms.

With combi boilers like the Glow Worm Essential 28, you need to take the flow rate into account as well as the output rate.


What are the proportions of a Glow Worm Essential 28 boiler?

We recommend that homeowners choose a condensing boiler like the Glow Worm Essential 28 for this reason - the more recent your model the better because the technology improves every year.

Would installing a Glow Worm Essential 28 combi boiler in your home be a green choice? Let's look at the numbers.

The ratings awarded to the Glow Worm Essential 28 are 89.3% with a SEDBUK rating of "B".

Is this Glow Worm Essential 28 combi covered by a warranty?

The Glow Worm Essential 28 boiler comes with a 3 year warranty for parts and labour.