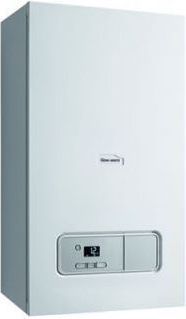 We have awarded this Glow worm Energy 25kW Combi boiler a rating of 76.97% in our boiler quality benchmark tests. To determine a score for each boiler, we factor in several different points of comparison including energy efficiency, manufacturer guarantees, estimated running costs, price and more.

We anticipate the supply and installation cost for this model of boiler will be around £1,800 on a standard fit.

For professional advice on whether the Glow Worm Energy 25kW is the right boiler for your home or to receive a free quotation, please call 01604 343053 to speak to our friendly team. You are also welcome to email us by clicking here or you can enter your postcode into the quotation box on this page.

Is the Glow Worm Energy 25kW a standard, combi or system boiler?

You may wish to consider installing the Glow Worm Energy 25kW if you are looking for a combi boiler for your house or flat.

Would the Glow Worm Energy 25kW combi boiler be suitable for my house or flat?

The Glow Worm Energy 25kW combi outputs at a maximum of 25 kW, so which types of property would this Glow worm Energy 25kW Combi boiler be appropriate for?

An experienced heating engineer would say that this Glow worm Energy 25kW Combi boiler's level of output makes it a suitable installation for smaller homes and apartments with up to 10 radiators and one bathroom.


What are the dimensions of the Glow Worm Energy 25kW boiler?

Is the Glow Worm Energy 25kW non-condensing or condensing?

The Glow Worm Energy 25kW is a condensing gas boiler and choosing this model will result in a likely substantial reduction in your fuel bills, particularly if you're replacing an older, inefficient, non-condensing boiler.

Does the Glow Worm Energy 25kW combi protect the environment?

Would choosing the Glow Worm Energy 25kW combi boiler be an environmentally friendly decision? Here's what the figures say.

Following its assessment, the Glow Worm Energy 25kW was given an efficiency rating of 89.2% and a SEDBUK grading of "B".

For the Glow Worm Energy 25kW, the ERP rating is "A" for heat and "A" for hot water production.

Does the Glow Worm Energy 25kW combi boiler come with a warranty?

You receive a parts and labour warranty of 2 years with the Glow Worm Energy 25kW boiler.

According to our PlumbProud boiler quality scoring system, we rate this model 76.97%. We rank boilers using a number of different factors including price installed, manufacturer guarantees, energy efficiency, likely running costs, and more.

On most non-complicated installations, we would expect this Glow worm Energy 25kW Combi boiler to cost £1,800 supplied and fully professionally installed.

For a free quote on the Glow Worm Energy 25kW boiler and to get professional advice and guidance on whether it is the right choice for your home, please enter your postcode in the quote boxes on this page, click here to email us, or call us on 01604 343053.

Is the Glow Worm Energy 25kW a regular, combi or system boiler?

The Glow Worm Energy 25kW boiler could be suitable for your house or flat if you are looking for a new combi boiler.

Is the Glow Worm Energy 25kW combi boiler suitable for my house or apartment?

The output of the Glow Worm Energy 25kW combi is 25 kW kilowatts, so which types of property would this be most suitable for?

Most heating engineers would suggest that the Glow Worm Energy 25kW combi boiler would be a suitable choice for installation in smaller homes and apartments with up to 10 radiators and one bathroom.

If you have a lot of radiators and bathrooms in your home and members of your household want to use hot water at the same time (like morning or evening showers and baths), you'll need a boiler with a high flow rate. This Glow worm Energy 25kW Combi boiler's flow rate is 10 L/m.


Where will the Glow Worm Energy 25kW fit in my house?

Is the Glow Worm Energy 25kW condensing or non-condensing?

The Glow Worm Energy 25kW is a condensing gas boiler - in fact, we recommend that you select this model or one of the latest condensing boilers on the market as the technology continues to improve over time.

Is the Glow Worm Energy 25kW combi a good choice for the environment?

Would the environmental impact of installing a Glow Worm Energy 25kW combi in your home be positive? Let's look at the numbers.

The Glow Worm Energy 25kW was awarded an efficiency rating of 89.2% with a SEDBUK band rating of "B".

How many years' warranty does the Glow Worm Energy 25kW combi come with?

Glow Worm offers a parts and labour warranty of 2 years on the Glow Worm Energy 25kW.