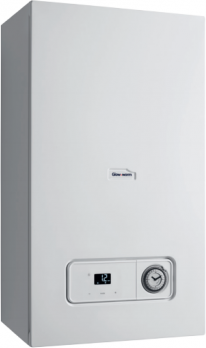 According to our PlumbProud boiler quality scoring system, we rate this model 82.80%. We rank boilers using a number of different factors including price installed, manufacturer guarantees, energy efficiency, likely running costs, and more.

£1,700 is the amount you should budget to have this particular boiler installed on a straightforward installation.

Please enter your postcode in the quote boxes on this page, email us, or call us on 01604 343053 to get a free quote and guidance on whether the Glow Worm Easicom3 24 boiler is the right choice for your home.

You may wish to consider installing the Glow Worm Easicom3 24 if you are looking for a combi boiler for your house or flat.

Is the Glow Worm Easicom3 24 combi boiler suitable for my house or apartment?

The Glow Worm Easicom3 24 combi boiler has an output rate of 24 kW, so which types of property would this be suitable for?

To most experienced Gas Safe engineers, the Glow Worm Easicom3 24 combi Easicom3 would be most suitable for smaller homes and apartments with up to 10 radiators and one bathroom.

With combi boilers like the Glow Worm Easicom3 24, you need to take the flow rate into account as well as the output rate.


What are the proportions of a Glow Worm Easicom3 24 boiler?

Is the Glow Worm Easicom3 24 non-condensing or condensing?

We recommend that, if possible, you select one of the very latest condensing gas boilers on the market like the Glow Worm Easicom3 24.

Is the Glow Worm Easicom3 24 combi good for the environment?

Would installing a Glow Worm Easicom3 24 combi boiler in your home help combat climate change? What do the figures suggest?

The Glow Worm Easicom3 24 has been awarded an efficiency rating of 89.6% and a SEDBUK band rating of "B".

If the Glow Worm Easicom3 24 breaks down, will I be covered by the warranty?

The manufacturer offers a parts and labour warranty of 6 years on the Glow Worm Easicom3 24 boiler to new customers.

We score this Glow worm Easicom3 24 Combi boiler as 82.80% on the PlumbProud quality scoring system. Our rating is based on various factors, including the installation price, the length of the manufacturer's warranty, and the expected energy efficiency and operating costs.

This Glow worm Easicom3 24 Combi boiler is likely to cost around £1,700 fully installed by PlumbProud if there are no unexpected complications during the fit.

To receive a free quote on the Glow Worm Easicom3 24 boiler and to receive professional advice and guidance on whether it's the right choice for your home, please enter your postcode in the quote boxes on this page, click here to email us, or call 01604 343053.

What type of boiler is the Glow Worm Easicom3 24 - regular, system or combi?

If you want a combi boiler for your flat or house, the Glow Worm Easicom3 24 might be an option for you to consider.

A combi boiler is often the right choice for a smaller property, particularly if your home doesn't have a useable loft. As water is heated and delivered immediately rather than being kept warm for hours in an immersion tank, combi boilers reduce gas usage, thereby minimising your heating costs.

Is the Glow Worm Easicom3 24 combi boiler a suitable option for my house or flat?

The output of the Glow Worm Easicom3 24 combi is 24 kW, so which types of property would this Glow worm Easicom3 24 Combi boiler be an appropriate choice for?

A PlumbProud Gas Safe boiler installer would recommend that this Glow worm Easicom3 24 Combi boiler be installed in smaller homes and apartments with one bathroom and up to 10 radiators.

Flow rates, measured in litres per minute, indicate how much water your boiler can heat and distribute around your home at any given time. If your family regularly use hot water around the house at the same time and you have a lot of radiators, you should choose a boiler with a high flow rate. This Glow worm Easicom3 24 Combi boiler's flow rate is 10 L/m.


What size is the Glow Worm Easicom3 24 boiler?

Is the Glow Worm Easicom3 24 condensing or non-condensing?

The Glow Worm Easicom3 24 is a condensing gas boiler - this is the type of boiler we recommend to most clients because they're better for the environment and they will save money on annual fuel bills.

Do the figures suggest that installing the Glow Worm Easicom3 24 combi at your property would help in the fight against climate change?

Am I covered if the Glow Worm Easicom3 24 combi boiler breaks down?

The parts and labour warranty offered with this Glow worm Easicom3 24 Combi boiler covers you for 6 years.