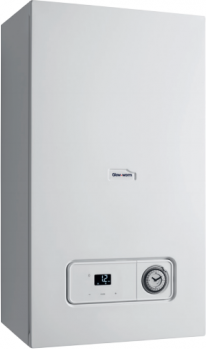 We score this Glow worm Easicom 25 heat only boiler as 81.94% on the PlumbProud quality scoring system. Our rating is based on various factors, including the installation price, the length of the manufacturer's warranty, and the expected energy efficiency and operating costs.

£1,700 is the amount you should budget to have this particular boiler installed on a straightforward installation.

For a free, no-obligation quotation on this Glow worm Easicom 25 heat only boiler or for our professional advice on whether the Glow Worm Easicom 25 is suitable for your property, please call 01604 343053, click here to email our team or enter your postcode into the quotation box on this page.

Is the Glow Worm Easicom 25 a combi, system or regular boiler?

The Glow Worm Easicom 25 is a heat only boiler you may wish to consider if you want this particular type of boiler for your house or flat.

Heat only boilers (sometimes called conventional boilers, standard boilers or regular boilers) need both a hot water cylinder with an immersion heater and a cold-water tank to work. The cold water tank (normally found in an attic or a loft) passes water when required to the hot water cylinder (normally found in a landing or airing cupboard), which heats the water and keeps it warm.

A heat only boiler is usually the recommended option for families or properties with multiple bathrooms. This is because, unlike combi boilers which can only effectively provide for one outlet at a time without a drop in water pressure, volume or temperature, standard boilers can handle demand from multiple points around the home at once.

Should I install a Glow Worm Easicom 25 heat only boiler in my house or apartment?

A boiler engineer would be likely to recommend that this Glow worm Easicom 25 heat only boiler is capable of providing heating and hot water to 10-15 radiators and two bathrooms and would therefore be most suitable for medium-sized homes and larger apartments.


How big is the Glow Worm Easicom 25?

How does the Glow Worm Easicom 25 heat only rate environmentally?

Will installing a Glow Worm Easicom 25 heat only be a positive contribution to the environment? Let's see what the experts say.

The Glow Worm Easicom 25 was awarded an efficiency rating of 94%, equivalent to a SEDBUK grade of "A".

What warranty does the Glow Worm Easicom 25 heat only boiler come with?

The Glow Worm Easicom 25 is covered by a parts and labour warranty of 3 years following installation.

According to our PlumbProud boiler quality scoring system, we rate this model 81.94%. We rank boilers using a number of different factors including price installed, manufacturer guarantees, energy efficiency, likely running costs, and more.

We estimate that this Glow worm Easicom 25 heat only boiler will cost £1,700 fully installed through PlumbProud provided that the fit is straightforward.

To receive a free quote on the Glow Worm Easicom 25 and to get professional guidance and advice on whether this Glow worm Easicom 25 heat only boiler is the right choice for your home, please call us on 01604 343053, enter your postcode in the quote boxes on this page, or click here to email us.

What type of boiler is Glow Worm’s Easicom 25 - system, regular or combi?

You may wish to consider installing the Glow Worm Easicom 25 if you are looking for a heat only boiler for your house or flat.

If your home has more than one bathroom or you have a large family which uses a lot of hot water, a heat only boiler (sometimes called a regular boiler, a conventional boiler or a standard boiler) is likely to be the best option for you. Heat only boilers require both a hot water or immersion cylinder and a cold water tank. Once the water in the cylinder is heated, you can use this hot water throughout the day and it can feed multiple taps and showers at the same time.

This is in contrast to a combi boiler which can only heat a limited amount of water at any one time. This can cause a problem if two or more taps and showers are being used simultaneously as the temperature, pressure and volume to all points will drop.

Heat only boilers allow you to program the times that you wish heat and hot water to be available. However, if you forget to do this and the immersion cylinder is empty, you may have to wait up to an hour before hot water becomes available again.

If your property already has a water tank and cylinder, it will nearly always be cheaper to replace like for like and not choose a different type of boiler. In addition to new pipework, you may need to replace older radiators that may be unable to cope with the higher water pressure delivered by other types of boiler.

Should I install a Glow Worm Easicom 25 heat only boiler in my house or apartment?

An experienced PlumbProud heating engineer would recommend that the most suitable type of property for a Glow Worm Easicom 25 heat only would be medium-sized homes and larger apartments containing 10-15 radiators and providing hot water for two bathrooms.


What are the dimensions of the Glow Worm Easicom 25 boiler?

Is the Glow Worm Easicom 25 a non-condensing or condensing boiler?

We recommend that you select a condensing boiler like the Glow Worm Easicom gas Glow Worm Easicom 25 for your home if possible because of the environmental benefits and the money you'll save on your gas bills.

How does the Glow Worm Easicom 25 heat only rate environmentally?

Do the figures suggest that installing the Glow Worm Easicom 25 heat only at your property would help in the fight against climate change?

The Glow Worm Easicom 25 has been given a rating of 94% for energy efficiency, equivalent to a SEDBUK "A" rating.

What length of warranty does the Glow Worm Easicom 25 come with?

The Glow Worm Easicom 25 is covered by a parts and labour warranty of 3 years following installation.