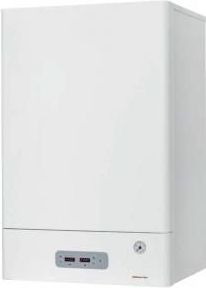 On most non-complicated installations, we would expect this Elnur Mattira 5 Combi Electric Flow boiler to cost £3,400 including installation if you choose PlumbProud to do the work.

Enter your postcode in the box provided and receive a free quote for the Elnur Mattira 5 Combi boiler for your home. We are also happy to answer any questions you might have about any of our boilers. You can do this by emailing the team or calling us today on 01604 343053.

What type of boiler is the Elnur Mattira 5 Combi - regular, system or combi?

The Elnur Mattira 5 Combi is a electric Flow boiler you may wish to consider if you want this type of boiler for your house or flat.

Water is heated on demand and then distributed directly to your taps and showers. This means that combi boilers use less fuel and so reduce your electric bills.

Is the Elnur Mattira 5 Combi electric Flow boiler a suitable choice for my property?

Most experienced boiler engineers would recommend this Elnur Mattira 5 Combi Electric Flow boiler as a suitable option for smaller homes and apartments with no more than up to 10 radiators and one bathroom.


The dimensions of the Elnur Mattira 5 Combi are

Is the Elnur Mattira 5 Combi non-condensing or condensing?

When a boiler is a "condensing" boiler, it uses the warmth present in the exhaust gases created by the burning of gas or oil to reheat cold water coming back from the radiators via a secondary heat exchange. Because electric boilers like the Elnur Mattira 5 Combi don't actually burn fuel in the home, they don't require a flue or a secondary heat exchanger - they're naturally more efficient by design.

Do the available figures suggest that installing the Elnur Mattira 5 Combi electric Flow in your property would be an environmentally friendly choice?

In the UK, all boilers manufactured and supplied must have an energy efficiency rating of at least 92% or a SEDBUK "A" grade. Prior to April 2018, the minimum rating was 88% (88% and 89% are equivalent to a SEDBUK "B" rating and anything higher is rated as an "A" grade).

The Elnur Mattira 5 Combi has been awarded an efficiency rating of 100% and a SEDBUK band rating of "D".

The ERP rating for the Elnur Mattira 5 Combi is "TBC".

If the Elnur Mattira 5 Combi electric Flow boiler breaks down, am I covered?

A parts and labour warranty of 2 years is included when you purchase the Elnur Mattira 5 Combi boiler through PlumbProud.

On most non-complicated installations, we would expect this Elnur Mattira 5 Combi Electric Flow boiler to cost £3,400 including installation if you choose PlumbProud to do the work.

We offer free quotes and professional advice and guidance on whether the Elnur Mattira 5 Combi is a suitable choice for your home via a phone call on 01604 343053. Alternatively, please click here to email us or enter your postcode in the quote boxes on this page.

Is the Elnur Mattira 5 Combi boiler a combi, regular or a system boiler?

The Elnur Mattira 5 Combi is a electric Flow boiler you may wish to consider if you want this type of boiler for your house or flat.

Is a Elnur Mattira 5 Combi electric Flow boiler appropriate for my house or apartment?

You need to be careful to select a boiler with the optimal level of output for your property though. That's because, if your boiler output is too low, your water and radiators will often not be as hot as you want them to be. If the output is too high, you’ll be paying more for electric than you need to.

A boiler engineer would recommend that, at this level of output, the most suitable type of property for this Elnur Mattira 5 Combi Electric Flow boiler would be smaller homes and apartments with up to 10 radiators and one bathroom.


What are the dimensions of the Elnur Mattira 5 Combi boiler?

Is the Elnur Mattira 5 Combi a condensing or non-condensing boiler?

In 2005, the Government passed a law meaning that all gas and oil boilers had to be "condensing" boilers. What this means is that they all now must feature a secondary heat exchanger that recycles the gas and oil exhaust emissions to heat water coming back from the radiators, among other tasks. Electric boilers like the Elnur Mattira 5 Combi do not create exhaust gases and therefore do not need this modification.

Would choosing a Elnur Mattira 5 Combi electric Flow help in the fight against climate change? What do the performance statistics suggest?

Energy efficiency tests record how much energy is wasted on non-core functions during normal operation.

The energy efficiency rating of the Elnur Mattira 5 Combi is 100% with a SEDBUK band rating of "D".

The ERP ratings of this Elnur Mattira 5 Combi Electric Flow boiler are however marked down because it is powered by electricity.

Companies are legally obliged to reduce harmful gas emissions at all stages of a product's life cycle, from initial manufacturing right through to final disposal as well as when the product is in use.

As fossil fuels generate the power used by electric boilers, some receive low ERP scores because electricity generation is carbon-intensive. This is unfair because the actual operational energy efficiency of most electric boilers is either 98% or 99% - a level no oil or gas boiler has yet reached.

The ERP rating for the Elnur Mattira 5 Combi is "TBC".

How long is the warranty period on the Elnur Mattira 5 Combi electric Flow boiler?

The manufacturer offers a parts and labour warranty of 2 years on the Elnur Mattira 5 Combi boiler to new customers.