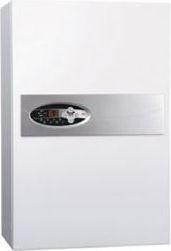 Using factors such as price installed, manufacturer guarantees, energy efficiency and the likely cost of running, among others, this model has been rated as scoring 54.90% on the PlumbProud boiler benchmarking system.

This EHC Fusion Comet 12KW System boiler is likely to cost around £2,100 fully installed by PlumbProud if there are no unexpected complications during the fit.

You can get more information and a free quote for the EHC Fusion Comet 12KW boiler by entering your postcode in the quote boxes on this page, clicking here to email us, or by giving us a call on 01604 343053.

What type of boiler is EHC’s Fusion Comet 12KW - system, regular or combi?

If you are searching for a system boiler for your house or flat, the EHC Fusion Comet 12KW is certainly one to consider.

Is a EHC Fusion Comet 12KW system boiler suitable for my apartment or house?

The output of the EHC Fusion Comet 12KW system is 12 kW kilowatts, so which types of property would this be most suitable for?

An experienced boiler engineer would recommend that this EHC Fusion Comet 12KW System boiler would be a suitable installation choice for smaller homes and apartments with up to 10 radiators and one bathroom.


What size is the EHC Fusion Comet 12KW boiler?

Is the EHC Fusion Comet 12KW condensing or non-condensing?

Condensing oil and gas boilers use the exhaust gases created in the production of heat to reheat water, for example, coming back from your radiators. As electric boilers like the EHC Fusion Comet 12KW don't create exhaust gases during their operation, there is no need to include a secondary heat exchanger to perform these tasks as they are naturally more efficient.

What energy efficiency ratings have been awarded to the EHC Fusion Comet 12KW system?

Do the figures suggest that installing the EHC Fusion Comet 12KW system at your property would help in the fight against climate change?

Energy efficiency measures how much energy a boiler uses and wastes in the course of its normal operation. The lower the waste, the lower your electric bills.

The EHC Fusion Comet 12KW was awarded an efficiency rating of "100%", equivalent to a "D" rating on the SEDBUK system.

The boiler's poor ERP rating, however, reflects how it is marked down for running on electricity.

The Energy Related Products Directive (ERP) came into force in 2015. It was introduced to encourage manufacturers to create more energy-efficient products and covers all products that consume energy during their lifetimes, including energy used during production and at the point of disposal.

The EHC Fusion Comet 12KW has been awarded an ERP rating of "D".

In truth, however, the actual operational energy efficiency of most electric boilers is 98% or 99% - a level no oil or gas boiler has yet reached. So why does it receive such a low ERP score? It's because fossil fuels generate the power used by electric boilers and factoring this in results in low efficiency scores since electricity generation is carbon-intensive. We're not sure this is a fair way of comparing energy efficiency given the advances in electric boiler technology over the last 5 years.

Will I be covered if the EHC Fusion Comet 12KW system breaks down?

A parts and labour warranty of 2 years is included with the EHC EHC Fusion Comet 12KW boiler.

Our PlumbProud quality scoring system uses many different factors, such as price installed, manufacturer guarantees, energy efficiency and the likely cost of running, among others, to determine a boiler's value for money rating. This EHC Fusion Comet 12KW System boiler scores 54.90%.

Expect this EHC Fusion Comet 12KW System boiler to cost you £2,100 fully installed where there are no complications on the fit if you choose PlumbProud for this installation.

Wondering if the EHC Fusion Comet 12KW is the right boiler for your home? Then speak to a professional here by getting in touch via email or call us on 01604 343053. You can also get a free quote by entering your postcode in the box on the page.

The EHC Fusion Comet 12KW boiler is a system boiler you may wish to consider when looking for a new boiler for your house or flat.

System boilers need a hot water cylinder to work - normally fitted inside an airing or landing cupboard or similar spot. Unlike heat only boilers, they do not require a separate cold water tank, making them a more suitable choice if you have no loft, lack space in the attic, or are planning to do a loft conversion.

These boilers distribute hot water around your home to your taps and radiators using (often built-in) circulating pumps and they're easier to install as there is one less component (the water tank) to find room for. A system boiler needs to be programmed to tell it what times you want heat and hot water - unlike combi boilers, they don't provide hot water on demand.

Should I install a EHC Fusion Comet 12KW system boiler in my house or apartment?

The output of the EHC Fusion Comet 12KW system boiler is 12 kW kilowatts. Which types of property would this be appropriate for?

To most experienced Gas Safe engineers, the EHC Fusion Comet 12KW system Fusion Comet would be most suitable for smaller homes and apartments with up to 10 radiators and one bathroom.


How large is the EHC Fusion Comet 12KW?

Is the EHC Fusion Comet 12KW non-condensing or condensing?

Would installing the EHC Fusion Comet 12KW system in your home be an environmentally friendly decision? Let's look closely at the figures.

The EHC Fusion Comet 12KW was awarded an efficiency rating of 100% with a SEDBUK band rating of "D".

An ERP rating of "D" has been awarded to the EHC Fusion Comet 12KW.

Will I be covered if the EHC Fusion Comet 12KW system breaks down?

The EHC Fusion Comet 12KW boiler comes with a 2 year warranty for parts and labour.