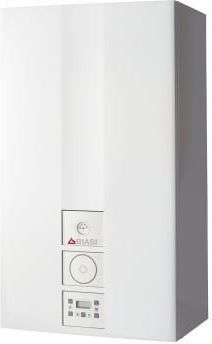 We have determined a rating of TBC% for this Biasi Advance 25 System boiler on the PlumbProud quality scoring system. The rating is determined using a variety of important factors including price installed, manufacturer guarantees, energy efficiency and the likely cost of running.

Get a free quote on the Biasi Advance 25 boiler and advice on whether this is the right choice for your home by entering your postcode in the quote box on this page, clicking here to email us, or giving us a call at 01604 343053.

You might want to consider the Biasi Advance 25 for your house or flat if you are looking for a system boiler.

Like heat only boilers, system boilers need a hot water cylinder to work - they're normally installed inside an airing or landing cupboard. However, since system boilers do not require a separate cold water tank, they are popular with homeowners who are planning to convert their loft or where attic space is already at a premium.

They're able to distribute the hot water you need to taps and radiators through (often built-in) circulating pumps and, because there's no water tank to install, they're easier, quicker and cheaper to install than heat only boilers. To get the heat and hot water you need when you need it, just use the control panel to program the times and days you want.

Is a Biasi Advance 25 system the right boiler for my house or flat?

Whether this Biasi Advance 25 System boiler is right for where you live depends on its size or "output" level. Size does not mean its physical dimensions - it means how powerful it is.

The output of the Biasi Advance 25 system boiler is 25 kW, so which types of property would this be appropriate for?

Most experienced Gas Safe boiler installers would suggest that the Biasi Advance 25 system boiler would be a suitable choice for installation in medium-sized homes and larger apartments with 10-15 radiators and two bathrooms.


What are the proportions of a Biasi Advance 25 boiler?

Is the Biasi Advance 25 non-condensing or condensing?

We recommend that, if possible, you select one of the very latest condensing gas boilers on the market like the Biasi Advance 25.

Is the Biasi Advance 25 system boiler an environmentally friendly choice?

Would the environmental impact of installing a Biasi Advance 25 system in your home be positive? Let's look at the numbers.

The Biasi Advance 25 was awarded an efficiency rating of "89%", equivalent to a "A" rating on the SEDBUK system.

If the Biasi Advance 25 system boiler breaks down, am I covered?

Parts and labour charges incurred for repairs made to your new Biasi Advance 25 are covered by a 5 year warranty.

Using the PlumbProud boiler quality scoring system, we have rated this model at TBC%. To determine the rating, we factor in the price installed, energy efficiency, running costs, the warranty offered, and more.

On a straightforward installation of this make of boiler using PlumbProud, you should expect to budget around £TBC.

If you would like a free quote and professional advice and guidance to help you decide if the Biasi Advance 25 is the right choice for your home, please get in touch. You can do this by entering your postcode in the quote boxes on this page, click here to email us or give us a call on 01604 343053.

Is the Biasi Advance 25 boiler a combi, system or regular boiler?

Suitable for a house or a flat, the Biasi Advance 25 system boiler is worth considering if you want a system boiler.

For homes that have a higher-than-average demand for hot water and heating and for larger properties, system boilers are a more suitable option than the more popular combi boilers.

And, unlike heat only boilers that also require a cold water storage tank to work (normally fitted in the loft), system boilers don't, meaning they're quicker, easier and cheaper to install.

Is a Biasi Advance 25 system boiler suitable for my apartment or house?

Most experienced heating engineers would suggest that the most suitable type of property for installing a Biasi Advance 25 system boiler in would be medium-sized homes and larger apartments with 10-15 radiators and two bathrooms.


How large is a Biasi Advance 25 boiler?

Is this Biasi boiler non-condensing or condensing?

Condensing gas boilers like the Biasi Advance 25 are environmentally friendlier and cheaper to run so, if possible, we strongly recommend that you choose this or one of the very latest models.

Is the Biasi Advance 25 system an environmentally friendly boiler?

If you would like your next boiler to help in the fight against climate change, would the Biasi Advance 25 system be a suitable choice?

The energy efficiency rating of the Biasi Advance 25 is 89% with a SEDBUK band rating of "A".

Am I covered if the Biasi Advance 25 system boiler breaks down?

The Biasi Advance 25 boiler offers a parts and labour warranty of 5 years.