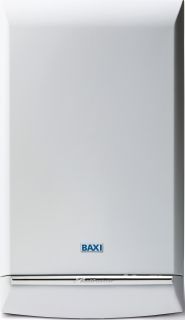 Using the PlumbProud boiler quality scoring system, we have rated this model at 87.24%. To determine the rating, we factor in the price installed, energy efficiency, running costs, the warranty offered, and more.

We would expect that, unless there are complications during fitting, this Baxi Platinum 28 Combi boiler would cost £2,000 supplied and professionally installed through PlumbProud.

Get a free quote on the Baxi Platinum 28 boiler and advice on whether this is the right choice for your home by entering your postcode in the quote box on this page, clicking here to email us, or giving us a call at 01604 343053.

Is the Baxi Platinum 28 a combi, system or regular boiler?

Looking for a gas combi boiler for your house or flat? If you are, the Baxi Platinum 28 boiler may be worth considering.

Should I choose a Baxi Platinum 28 combi boiler for my house or flat?

To most boiler engineers, the Baxi Platinum 28 combi Platinum would be most suitable for medium-sized homes and larger apartments with 10-15 radiators and two bathrooms.

Please remember to consider "flow rates" as well when choosing your new boiler. All combi boilers including the Baxi Platinum 28 draw water from the mains.

Each combi boiler has its own flow rate (measured in litres per minute) - this tells you how much water it can heat and distribute to your home’s taps and radiators straight from the mains. This Baxi Platinum 28 Combi boiler's flow rate is 12 L/m.


What size is a Baxi Platinum 28 boiler?

Is the Baxi Platinum 28 a non-condensing or condensing boiler?

Condensing gas boilers like the Baxi Platinum 28 are environmentally friendlier and cheaper to run so, if possible, we strongly recommend that you choose this or one of the very latest models.

How does the Baxi Platinum 28 combi boiler rate environmentally?

Would choosing a Baxi Platinum 28 combi help the environment? Let’s see what the performance figures suggest.

Following testing, the Baxi Platinum 28 was given an efficiency rating of 92% and a SEDBUK grading of "A".

It encourages companies to create products that are environmentally friendlier at all life cycle stages, including initial manufacturing and end use through to final disposal, with the aim of reducing harmful gas emissions.

What warranty does the Baxi Platinum 28 combi boiler come with?

The Baxi Platinum 28 boiler offers a parts and labour warranty of 10 years.

We score each boiler we sell by considering a number of different factors including price installed, manufacturer guarantees, energy efficiency, the likely cost of running, and more. For this Baxi Platinum 28 Combi boiler, we have awarded a rating of 87.24%.

Fitted by an experienced Gas Safe PlumbProud engineer, the cost for this Baxi Platinum 28 Combi boiler will be in the region of £2,000 on a standard, non-complicated installation.

You can get more information and a free quote for the Baxi Platinum 28 boiler by entering your postcode in the quote boxes on this page, clicking here to email us, or by giving us a call on 01604 343053.

Is the Baxi Platinum 28 boiler a combi, regular or a system boiler?

The Baxi Platinum 28 boiler is a combi boiler you may wish to consider when looking for a new boiler for your house or flat.

Is a Baxi Platinum 28 combi the right boiler for my house or flat?

Whether this Baxi Platinum 28 Combi boiler is right for where you live depends on its size or "output" level. Size does not mean its physical dimensions, however - it means how powerful it is.

An experienced boiler engineer would recommend that this Baxi Platinum 28 Combi boiler would provide adequate heating and hot water for medium-sized homes and larger apartments with up to 10-15 radiators and two bathrooms.

As an indication, a power shower needs about 10 litres of water per minute, whereas the flow rate of this Baxi Platinum 28 Combi boiler is 12 L/ml/m.

Is the Baxi Platinum 28 a non-condensing or condensing boiler?

We strongly recommend that you choose a condensing boiler like the Baxi Platinum 28 - the technology is improving every year so the newer the boiler, the better.

How environmentally friendly is the Baxi Platinum 28 combi?

Would the environmental impact of installing a Baxi Platinum 28 combi in your home be positive? Let's look at the numbers.

The Baxi Platinum 28 has been given a rating of 92% for energy efficiency, equivalent to a SEDBUK "A" rating.

Does a Baxi Platinum 28 combi boiler come with a warranty period?

A parts and labour warranty of 10 years is included with the Baxi Baxi Platinum 28 boiler.