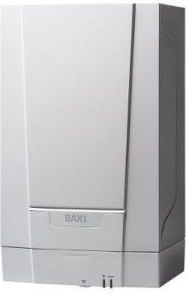 Our PlumbProud quality scoring system uses many different factors, such as price installed, manufacturer guarantees, energy efficiency and the likely cost of running, among others, to determine a boiler's value for money rating. This Baxi 600 613 heat only boiler scores 86.15%.

We would expect this Baxi 600 613 heat only boiler to cost £1,900 fully installed through PlumbProud, although it will cost more if the fit is complicated. We will provide you with a full quote before starting work, however.

For a free, no-obligation quotation on this Baxi 600 613 heat only boiler or for our professional advice on whether the Baxi 600 613 is suitable for your property, please call 01604 343053, click here to email our team or enter your postcode into the quotation box on this page.

You may wish to consider installing the Baxi 600 613 if you are looking for a heat only boiler for your house or flat.

Heat only boilers, sometimes known as standard boilers, regular boilers or conventional boilers, are better for homes with multiple bathrooms or larger families where members of your household may need to use hot water at the same time as each other, such as a shower in the bathroom and a hot water tap in the kitchen. This is because, unlike combi boilers, they can handle demand from more than one point at a time with no drop in water pressure, temperature and volume.

Heat only boilers use a hot water cylinder with an immersion heater (normally installed in an airing or landing cupboard) and a cold-water tank (normally stored in the loft).

You program a heat only boiler to provide you with the central heating and hot water you need at specific times of the day, such as first thing in the morning. However, if you forget to set timings and there is no water left in the hot water tank, you may have to wait up to an hour before you have hot water again.

Which types of property would this Baxi 600 613 heat only boiler be appropriate for given its output of 13 kW?

A PlumbProud boiler engineer would recommend that this Baxi 600 613 heat only boiler is suitable for smaller homes and apartments with up to 10 radiators and one bathroom.

Is the Baxi 600 613 a condensing or non-condensing boiler?

The Baxi 600 613 is a condensing gas boiler - we strongly recommend that you choose one of the latest condensing models if possible.

How energy efficient is the Baxi 600 613 heat only boiler?

Would choosing a Baxi 600 613 heat only help the environment? Let’s see what the performance figures suggest.

How long is the warranty offered by the manufacturer for the Baxi 600 613 boiler?

Click here for a personalised Baxi 600 613 heat only quote

On straightforward installations, we would expect to charge you £1,900 for this Baxi 600 613 heat only boiler fully installed.

To receive a free quote on the Baxi 600 613 and to get professional guidance and advice on whether this Baxi 600 613 heat only boiler is the right choice for your home, please call us on 01604 343053, enter your postcode in the quote boxes on this page, or click here to email us.

The Baxi 600 613 is an option you may wish to consider if you’re looking for a heat only boiler for your house or flat.

Combi boilers deliver hot water instantly but there is a limit to the amount of water they can heat and distribute at any one time. Heat only boilers are usually better choices if you have a large family or more than one bathroom where more than one person in your household requires hot water at the same time.

The Baxi 600 613 heat only boiler has an output level of 13 kW, so which types of property would it be appropriate for?

A PlumbProud Gas Safe boiler installer would recommend that this Baxi 600 613 heat only boiler be installed in smaller homes and apartments with one bathroom and up to 10 radiators.

The Baxi 600 613 boiler is a condensing gas boiler and we recommend that you select one of the latest models if possible.

Is the Baxi 600 613 heat only an energy-efficient boiler?

Let's take a closer look at whether installing a Baxi 600 613 heat only would be a good choice for the environment.

How long is the warranty offered by the manufacturer for the Baxi 600 613 boiler?