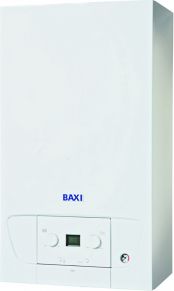 Our PlumbProud quality scoring system uses many different factors, such as price installed, manufacturer guarantees, energy efficiency and the likely cost of running, among others, to determine a boiler's value for money rating. This Baxi 200 224 Combi boiler scores 86.01%.

We anticipate the supply and installation cost for this model of boiler will be around £1,600 on a standard fit.

Enter your postcode in the box provided and receive a free quote for the Baxi 200 224 boiler for your home. We are also happy to answer any questions you might have about any of our boilers. You can do this by emailing the team or calling us today on 01604 343053.

Looking for a gas combi boiler for your flat or house? Then the Baxi 200 224 may be an option you should consider.

Combi boilers were introduced by manufacturers in the 1970s to offer British homeowners a way to cheaply and reliably heat their homes and have hot water without taking up too much space. Previously, most boilers had one or more storage tanks, which either heated water and kept it warm or held water to be heated later.

With combi boilers, there is no need to find space for large tanks around your home as the hot water needed for your radiators and taps is available on demand. Combi boilers do this by drawing water from your mains supply, heating it instantly whenever you need it and then distributing it to where it's needed in the home.

The major disadvantage to combi boilers is that they have a maximum capacity for heating water. In a larger household, water pressure, volume and temperature will drop if two or more people are trying to use hot water at the same time.

An experienced PlumbProud Gas Safe engineer would almost certainly recommend that this Baxi 200 224 Combi boiler would be most suitable for smaller homes and apartments with up to 10 radiators and one bathroom.

As an indication, a power shower needs about 10 litres of water per minute, whereas the flow rate of this Baxi 200 224 Combi boiler is 10 L/ml/m.

We recommend the Baxi 200 224 as it is a modern condensing gas boiler from a trusted manufacturer with a reputation for supplying highly energy-efficient boilers.

Would installing a Baxi 200 224 combi boiler in your home help combat climate change? What do the figures suggest?

What warranty does the Baxi 200 224 combi boiler come with?

The parts and labour warranty offered with this Baxi 200 224 Combi boiler covers you for 3 years.

According to our PlumbProud boiler quality scoring system, we rate this model 86.01%. We rank boilers using a number of different factors including price installed, manufacturer guarantees, energy efficiency, likely running costs, and more.

We would anticipate that this Baxi 200 224 Combi boiler would cost you £1,600 fully installed through PlumbProud provided that the fitting is standard and with no complications.

Get a better understanding of installation costs for the Baxi 200 224 by entering your postcode in the box supplied on this page. You can also call our professional team with any boiler-related queries on 01604 343053. Alternatively, please click here to email us.

Looking for a gas combi boiler for your flat or house? Then the Baxi 200 224 may be an option you should consider.

Is the Baxi 200 224 combi boiler suitable for my house or apartment?

Most experienced heating engineers would likely recommend that, at this level of output, this Baxi 200 224 Combi boiler would be a suitable choice for smaller homes and apartments with up to 10 radiators and one bathroom.

Condensing boilers like the Baxi 200 224 improve energy efficiency and reduce your annual expenditure on gas.

Does the Baxi 200 224 combi protect the environment?

Would choosing the Baxi 200 224 combi help the environment? Let's see what the statistics suggest.

Following its assessment, the Baxi 200 224 was given an efficiency rating of 93% and a SEDBUK grading of "A".