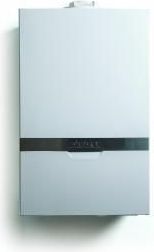 On the PlumbProud quality scoring system, we rate this Atag iC 24 Combi boiler TBC%. To determine our rating, we take lots of different factors into consideration from price installed to manufacturer guarantees, energy efficiency, likely cost of running, and more.

You should budget around £TBC for the supply and installation of this Atag iC 24 Combi boiler by PlumbProud.

We recommend that you speak to our friendly advisors by calling 01604 343053 to seek professional advice on whether the Atag IC 24 boiler is right for your home. Our team can also provide you with a free quotation for this Atag iC 24 Combi boiler. Alternatively, click here to email us or enter your postcode into the quotation box on this page.

What kind of boiler is the Atag IC 24 - standard, combi or system?

Looking for a gas combi boiler for your house or flat? If you are, the Atag IC 24 boiler may be worth considering.

Would the Atag IC 24 combi be a suitable choice of boiler for my house or flat?

The output of the Atag IC 24 combi is 23 kW, so which types of property would this Atag iC 24 Combi boiler be appropriate for?

A PlumbProud Gas Safe boiler installer would recommend that this Atag iC 24 Combi boiler be installed in smaller homes and apartments with one bathroom and up to 10 radiators.

The flow rate indicates how much water it can take from the mains supply at any one time (measured in litres per minute), which it then heats and distributes to different points in your home like your bathroom, kitchen and radiators. This Atag iC 24 Combi boiler's flow rate is 10 L/m.


What are the dimensions of the Atag IC 24 boiler?

The Atag IC 24 is TBC mm in height, TBC mm in width and TBC mm in depth.

Is the Atag IC 24 non-condensing or condensing?

The Atag IC 24 is a condensing gas boiler - in fact, we recommend that you select this model or one of the latest condensing boilers on the market as the technology continues to improve over time.

Will you be helping the environment if you decide to install a Atag IC 24 combi in your home? Let’s look at the figures.

The Atag IC 24 was awarded an efficiency rating of "94%", equivalent to a "A" rating on the SEDBUK system.

What warranty does the Atag IC 24 combi boiler come with?

The Atag IC 24 boiler has a warranty covering parts and labour costs for up to 14 years after installation.

We have determined a rating of TBC% for this Atag iC 24 Combi boiler on the PlumbProud quality scoring system. The rating is determined using a variety of important factors including price installed, manufacturer guarantees, energy efficiency and the likely cost of running.

For a free quote on the Atag IC 24 boiler and to get professional advice and guidance on whether it is the right choice for your home, please enter your postcode in the quote boxes on this page, click here to email us, or call us on 01604 343053.

Looking for a gas combi boiler for your flat or house? Then the Atag IC 24 may be an option you should consider.

In older British homes, traditional boilers required you to find room for one or more storage tanks. One tank would keep hot water warm and the other stored cold water for later heating. Manufacturers introduced combi boilers to the UK in the 1970s so that homeowners could get the warmth and hot water they needed without having to sacrifice too much valuable space – remember that residential property in this country is among the smallest in the Western world.

Combi boilers deliver hot water to your radiators and taps using water they draw directly from the mains supply. As mains water travels through a combi boiler, the technology within it heats the cold water instantly and on demand. The hot water is then distributed throughout your house.

Combi boilers have one drawback, however: they can only heat a certain amount of water within a given time. For example, if someone uses the shower and another person uses the hot water tap at the same time, water pressure drops because water reaches each point differently.

Should I choose a Atag IC 24 combi boiler for my house or flat?

The Atag IC 24 combi's output is 23 kW, so which types of property would this Atag iC 24 Combi boiler be appropriate for?

A boiler engineer would recommend that, at this level of output, the most suitable type of property for this Atag iC 24 Combi boiler would be smaller homes and apartments with up to 10 radiators and one bathroom.

Condensing gas boilers like the Atag IC 24 are environmentally friendlier and cheaper to run so, if possible, we strongly recommend that you choose this or one of the very latest models.

How does the Atag IC 24 combi boiler rate environmentally?

Will choosing a Atag IC 24 combi boiler for your home be positive for the environment? Let's examine the figures.

The Atag IC 24 was awarded an efficiency rating of 94%, equivalent to a SEDBUK grade of "A".

Is there a warranty on the Atag IC 24 combi boiler if it breaks down?

The manufacturer offers a parts and labour warranty of 14 years on the Atag IC 24 boiler to new customers.