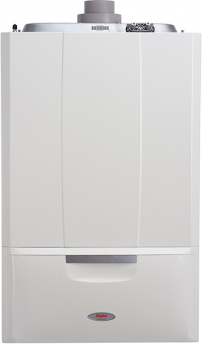 According to our PlumbProud boiler quality scoring system, we rate this model 89.90%. We rank boilers using a number of different factors including price installed, manufacturer guarantees, energy efficiency, likely running costs, and more.

On most non-complicated installations, we would expect this Alpha E-TEC PLUS 28 Combi boiler to cost £1,800 supplied and fully professionally installed.

To contact us, please enter your postcode in the quote boxes on this page, click here to email us, or give us a call on 01604 343053. We can provide you with a free quote on the Alpha E-TEC PLUS 28 boiler and offer professional advice and guidance on whether this Alpha E-TEC PLUS 28 Combi boiler is the right choice for your home.

Is the Alpha E-TEC PLUS 28 a combi boiler, system boiler or regular boiler?

The Alpha E-TEC PLUS 28 is a combi boiler you may wish to consider if you want this type of boiler for your house or flat.

Is the Alpha E-TEC PLUS 28 combi boiler the right choice for my house or apartment?

Whether this Alpha E-TEC PLUS 28 Combi boiler is right for where you live depends on its size or what its "output" level is. Size does not mean its physical dimensions, however - it means how powerful it is.

The output of the Alpha E-TEC PLUS 28 combi is 26 kW, so which types of property would this model be appropriate for?

To most experienced Gas Safe engineers, the Alpha E-TEC PLUS 28 combi E-TEC PLUS would be most suitable for smaller homes and apartments with up to 10 radiators and one bathroom.

With all combi boilers, the "flow rate" (measured in litres per minute) is as important a consideration as output rate when choosing which model to go for. This Alpha E-TEC PLUS 28 Combi boiler's flow rate is 12 L/m.

Like all combi boilers, the Alpha E-TEC PLUS 28 draws water from the mains. It instantly heats that water and then distributes it to the parts of your home which need it - taps, radiators, bathrooms, and so on.

The size of the Alpha E-TEC PLUS 28 boiler is TBC mm high, TBC mm wide, and TBC mm deep.

Alpha E-TEC PLUS 28 – non-condensing or condensing?

We recommend that you select a condensing boiler like the Alpha E-TEC PLUS gas Alpha E-TEC PLUS 28 for your home if possible because of the environmental benefits and the money you'll save on your gas bills.

Is the Alpha E-TEC PLUS 28 combi boiler environmentally friendly?

Is the Alpha E-TEC PLUS 28 combi boiler an environmentally friendly choice for your home? Here’s what the figures say.

The Alpha E-TEC PLUS 28 was given an efficiency rating of 93% and a band rating of "A".

How many years does the warranty period cover on a Alpha E-TEC PLUS 28 boiler?

Alpha offers a parts and labour warranty of 13 years on the Alpha E-TEC PLUS 28.

We have determined a rating of 89.90% for this Alpha E-TEC PLUS 28 Combi boiler on the PlumbProud quality scoring system. The rating is determined using a variety of important factors including price installed, manufacturer guarantees, energy efficiency and the likely cost of running.

We estimate that this Alpha E-TEC PLUS 28 Combi boiler will cost £1,800 fully installed through PlumbProud provided that the fit is straightforward.

To receive a free quote on the Alpha E-TEC PLUS 28 boiler, as well as professional advice on whether it will meet the needs of your home, simply enter your postcode in the quote box on this page, click here to email us, or call 01604 343053.

Is the Alpha E-TEC PLUS 28 a standard, combi or system boiler?

Suitable for a house or a flat, the Alpha E-TEC PLUS 28 combi boiler is worth considering if you want a combi boiler.

Is a Alpha E-TEC PLUS 28 combi the right boiler for my house or flat?

To most experienced Gas Safe engineers, the Alpha E-TEC PLUS 28 combi E-TEC PLUS would be most suitable for smaller homes and apartments with up to 10 radiators and one bathroom.

If you have a lot of radiators and bathrooms in your home and members of your household want to use hot water at the same time (like morning or evening showers and baths), you'll need a boiler with a high flow rate. This Alpha E-TEC PLUS 28 Combi boiler's flow rate is 12 L/m.


Making space for the Alpha E-TEC PLUS 28

Is the Alpha E-TEC PLUS 28 condensing or non-condensing?

We recommend that you choose a condensing boiler wherever possible like the Alpha E-TEC PLUS 28 - try to go for the latest model, if possible, to take advantage of improving technology.

Is the Alpha E-TEC PLUS 28 combi boiler an environmentally friendly choice?

Would choosing the Alpha E-TEC PLUS 28 combi help the environment? Let's see what the statistics suggest.

The Alpha E-TEC PLUS 28 has been assigned an efficiency rating of 93% with a SEDBUK rating of "A".

Does the Alpha E-TEC PLUS 28 combi boiler come with a warranty?

The Alpha E-TEC PLUS 28 boiler comes with a 13 year warranty for parts and labour.