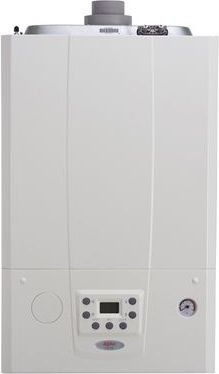 On the PlumbProud quality scoring system, we rate this Alpha E-TEC 35S System boiler at 85.32%. To determine a boiler's quality, we consider many different factors from price installed to manufacturer guarantees, energy efficiency, likely cost of running, and more.

We would expect this Alpha E-TEC 35S System boiler to cost £2,000 fully installed through PlumbProud, although it will cost more if the fit is complicated. We will provide you with a full quote before starting work, however.

Get a better understanding of installation costs for the Alpha E-TEC 35S by entering your postcode in the box supplied on this page. You can also call our professional team with any boiler-related queries on 01604 343053. Alternatively, please click here to email us.

Is the Alpha E-TEC 35S a system, regular or combi boiler?

When looking for a system boiler for your house or flat, the Alpha E-TEC 35S might be a suitable option for you.

Is the Alpha E-TEC 35S system boiler suitable for my house or apartment?

Whether this Alpha E-TEC 35S System boiler is right for where you live depends on its size or "output" level. Size does not mean its physical dimensions, however - it means how powerful it is.

An experienced Gas Safe engineer would say that this Alpha E-TEC 35S System boiler's level of output makes it suitable for installing in larger properties including detached homes with 15 or more radiators and two or more bathrooms.

Is the Alpha E-TEC 35S condensing or non-condensing?

The Alpha E-TEC 35S is a condensing gas boiler - in fact, we recommend that you select this model or one of the latest condensing boilers on the market as the technology continues to improve over time.

Would choosing a Alpha E-TEC 35S system help in the fight against climate change? What do the performance statistics suggest?

The Alpha E-TEC 35S was awarded an efficiency rating of 93% with a SEDBUK band rating of "A".

Will I be covered if the Alpha E-TEC 35S system breaks down?

The Alpha E-TEC 35S boiler comes with a 10 year warranty for parts and labour.

Assessing factors including the system's running costs, its energy efficiency, the manufacturer’s guarantee, and its likely installed price, we scored this Alpha E-TEC 35S System boiler 85.32% on our internal PlumbProud grading system.

We estimate that, on a standard, non-complicated installation, the supply and fitting charge for this Alpha E-TEC 35S System boiler will be around £2,000.

We offer free quotes and professional advice and guidance on whether the Alpha E-TEC 35S is a suitable choice for your home via a phone call on 01604 343053. Alternatively, please click here to email us or enter your postcode in the quote boxes on this page.

Is this Alpha E-TEC 35S boiler a combi, system or regular boiler?

Looking for a gas system boiler for your house or flat? If you are, the Alpha E-TEC 35S boiler may be worth considering.

Should I choose a Alpha E-TEC 35S system boiler for my house or flat?

Measured in kilowatts, the Alpha E-TEC 35S system's output level is 35 kW, so which types of property would this Alpha E-TEC 35S System boiler be an appropriate choice for?

An experienced PlumbProud Gas Safe boiler installer would almost certainly recommend that this Alpha E-TEC 35S System boiler would be most suitable for larger properties including detached homes with 15 or more radiators and two or more bathrooms.

We strongly recommend that you choose a condensing boiler like the Alpha E-TEC 35S - the technology is improving every year so the newer the boiler, the better.

What energy efficiency ratings have been awarded to the Alpha E-TEC 35S system?

Would choosing the Alpha E-TEC 35S system boiler be an environmentally friendly decision? Here's what the figures say.

The Alpha E-TEC 35S is rated as 93% energy efficient, equivalent to a "A" SEDBUK rating.

The Energy Related Products Directive (ERP) is European legislation that applies to all products which use or consume energy during their lifespan - this includes during the manufacturing process and when they're in use, right through to the point of final disposal.

The aim is to encourage manufacturers to create new products that are kinder to the environment and which create fewer harmful gas emissions.

What length of warranty does the Alpha E-TEC 35S come with?

You receive a parts and labour warranty of 10 years with the Alpha E-TEC 35S boiler.